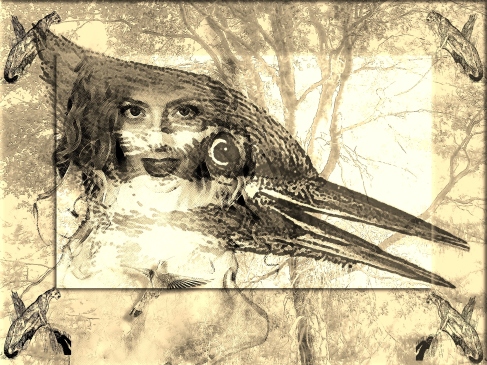 The threat of slut shaming and whore bashing hangs over the head of every woman alive, shaping her interactions with others into a reaction instead of a true response, perverting authentic sexual desire into a defensive stance against being seen as a “slut,” or a “whore.”

As a sex-positive feminist I ache to merge the concepts of the Whore and the Madonna so women everywhere can heal from this dangerous and preposterous split. As whole beings, women have the right to claim their intellectual power and their bold expression of sexuality without apology, without feeling somehow torn between these equally important aspects of themselves. I am out to prove that women can simultaneously be intelligent, sexy, dignified and powerful without adopting patriarchal dogma or sacrificing our connection to our nurturing and intuitive side.

Such a cultural shift would mean that the next time a woman runs for president, we would spend more time analyzing her political platform than her fashion sense. It would mean that Hilary Clinton could express herself as a mildly sexual being without being mercilessly condemned in the press for wearing a blouse with a low neckline.

Moving past our collective fear of the “whore” would free untold psychic, emotional and creative energies in at least half the world’s population. Imagine all those women fully empowered to further much needed solutions to the world’s problems. Yet, it is only sexually empowered individuals who possess all their power.

Being sexually empowered does not mean taking up pole dancing or wearing lipstick, although if that adds a sense of empowerment to your life, go for it. It does mean redirecting much needed energy away from defending one’s sexual purity or honor. It does mean celebrating the sexual fire in one’s soul without fear of being perceived as being “too” sexy, or flirtatious or alluring or “loose.”

Some seemingly disparate things are actually part of one oppressive whole.  Those things include persecuting prostitutes, blaming rape victims, curtailing reproductive freedom, labeling women sluts and whores, sorting the “good” girls from the “bad” girls, arresting midwives and burning witches. In my view, these are each aspects of the patriarchy’s relentless efforts to eliminate the feminine.

These perpetrations also extend to men in the form of bullying, gay bashing, circumcision and the raping of men’s spirits so that many men cannot feel anything but sexual desire and anger.  On both counts, it is the feminine aspect as well as pleasure and joy which are being mercilessly mutilated.

In about two weeks I will be launching a brand new version of my website, The Shame Free Zone, where among other resources you will discover tools for healing shame and an online community forum where you can connect with others who want to heal shame. Please stay tuned!